The Spectrum of Honey – Astor Apiaries Skip to content

The Spectrum of Honey 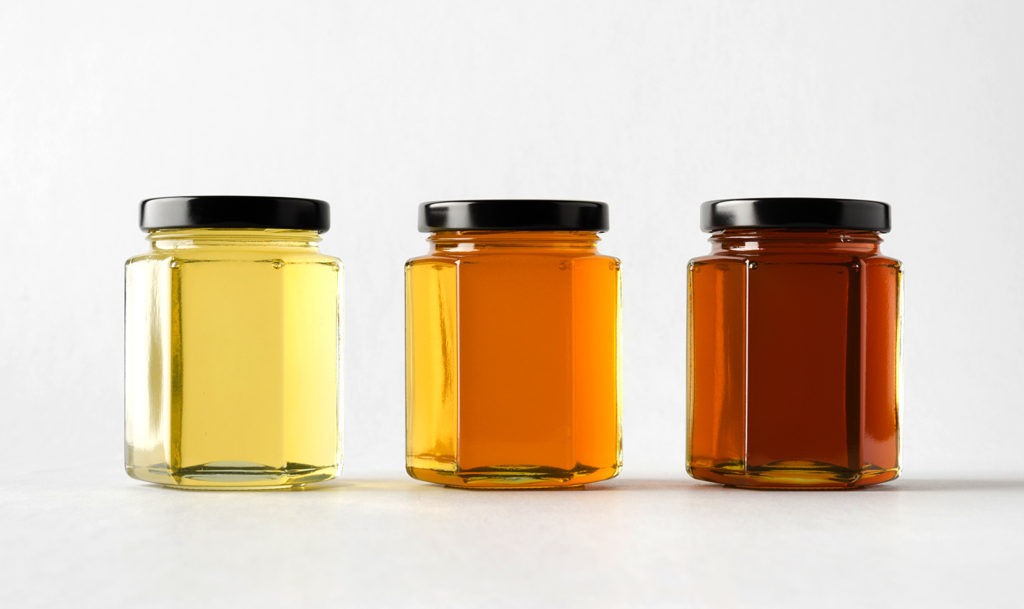 The first thing that comes to mind with the word “honey” is that sugary, sweet, golden syrup found inside a squat, smiling plastic bear or a fancy glass jar. This culinary delight found at the supermarket is just the tip of the iceberg. “Sugary, sweet and golden” doesn’t begin to cover the essence of honey, in all its multifaceted glory. 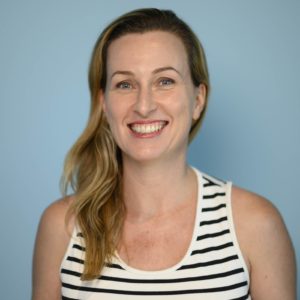 In just the United States, there are more than 300 types of honey(honey.com). According to Jessica Locarnini, a beekeeper and honey sommelier, honey doesn’t always have the same taste, smell, smooth consistency, or look. As someone passionate about bees and honey her whole life, Jessica trained with the American Honey Tasting Society to understand the nuances honey flavors. She is also the founder of Honey Merchant, an innovative business that connects beekeepers with consumers in Australia.

The Creation of Honey

Bees have the same procedure for making honey. First, worker bees collect nectar. “Bees are like humans,” Jessica explains, “they forage for nectar with the most benefits, the highest sugar amount, that takes the least amount of energy to get to.” The source bees get their nectar from can be anything; flowers, trees, bushes, or shrubs. After finding the optimal source, bees fill their honey stomachs – not the ones connected to their digestive systems- with nectar. In their specialized stomach, the nectar mixed with enzymes. Back at the hive, worker bees regurgitate the nectar and pass the substance by mouth to other ‘house bees’ who eventually pack it into the honeycomb cells. According to Jessica, this process adds more enzymes to the honey. These enzymes give honey its antibacterial and anti-inflammatory properties. Honeybees fan the nectar with their wings to evaporate excess moisture. Once the nectar reaches the desired water content, usually around 17%, they seal the cell with a cap of beeswax to keep it stable. If left open, the honey would reabsorb moisture from the air and potentially ferment.

The Characteristics of Honey

Several factors determine the characteristics of honey. Honey, a supersaturated mixture of glucose and fructose, is classified by its source. Still, “honey from the same location over different years will taste different,” states Jessica, “because climate plays an important factor.” Natural disasters, such as floods, fires, and droughts, and changes in seasons affect the source and taste of the honey. The color of honey ranges from light yellow to dark brown.

What determines the color of honey? Jessica explains that flower pollen comes in different colors and thus, nectar comes in different colors. Additionally, some bees collect a sugary substance known as honeydew. Honeydew is “excreted from plant-sucking insects such as aphids” (honeytraveler.com). Aphids get their protein from tree sap. Tree sap is made mostly of water and sugar with a little protein, so aphids process vast amounts of it to obtain what they need. Adding honeydew to honey gives it a darker color and a more intense flavor than lighter colored honey.

Honey can be raw or processed. According to Jessica, distributors process honey to make it more appealing to customers and so it has a longer shelf life without crystallizing. Workers who handle honey strain it to remove debris such as beeswax. However, most processing plants take it one step further by heating it. Many nutrients are lost, and the honey’s quality is degraded when it is heated to remove crystals and make it more transparent. “Raw, natural honey is healthier than processed, runny honey because it still has its antimicrobial and antibacterial properties,” explains Jessica, “all the glucose in unaltered honey will eventually crystallize, though at different speeds and temperatures.” People have applied certain types of unprocessed honey to wounds for centuries and to treat gut diseases. The proof lies in Stone Age paintings from 8000 years ago, showing honey and jars of still edible honey found in the pyramids of Egypt.

Here are five of the most popular types of honey: 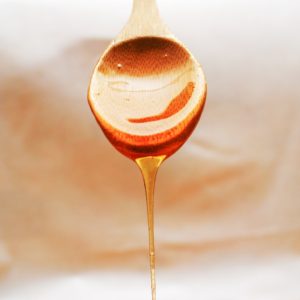 Manuka honey has been creating a lot of buzz in the medical world. This type of honey is “made in Australia and New Zealand by the bees that pollinate the Manuka bush” (webmd.com). According to webmd.com, manuka honey has a higher concentration of methylglyoxal than other honey. Methylglyoxal or MGO is known for its strong antibacterial properties, so sterilized manuka honey has been used in hospitals to treat wounds and prevent infection. Jessica notes, the higher the amount of MGO in manuka honey, the more expensive it is. She adds that manuka honey is dark brown, with a slightly minty and medium sweet taste. 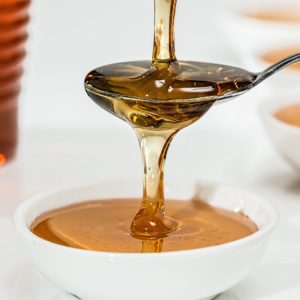 Acacia honey comes from the black locust. What?! Like grounded up grasshoppers? No. Bees collect nectar from the flowers of the “false acacia” native to North America and Europe. Acacia honey is lightly colored, has a flowery aroma and a sweet, delicate flavor. Because of its high fruit sugar content, fructose, it stays in a liquid form longer. According to healthline.com, acacia honey has many essential minerals such as magnesium and vitamin C. It is also loaded with flavonoids that give it antioxidant properties. Thus, “acacia honey can be used to treat sore throats, coughs, and respiratory issues”(diethive.com). 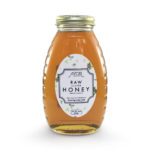 While many consider clovers a pesky weed, bees find a good use for their flowers. Clover honey, usually clear to light amber in color, has a similar aroma and taste to acacia honey. However, this thick honey has a large amount of glucose, which causes it to crystallize quickly. Commonly used in baking, clover honey is one of the most popular types of honey in the US. The kind of honey found in supermarkets usually doesn’t have one pure source. Instead, it is a blend of honey that includes clover honey. 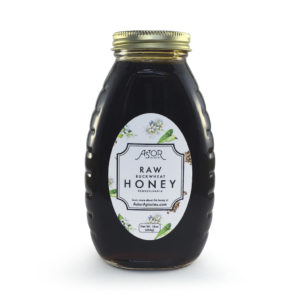 Fans of adventurous cooking will love this molasses-like honey. Buckwheat honey is dark brown with a somewhat sweet but an “earthy, nutty and robust punch”(diethive.com). One can use buckwheat honey in marinades and barbecue sauces or serve it over ice cream, pancakes, and French toast. Buckwheat honey, an ingredient used in many brewers, can also be added to bread and cheese to give them a little pizzazz. Like manuka honey, buckwheat honey has plenty of antioxidants. For medical purposes, buckwheat honey can treat sore throats and skin wounds. 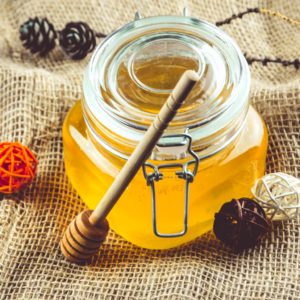 Nectar from the sourwood tree makes this rare, expensive honey. The sourwood tree or Lily-of-the-Valley has an abridged flowering season and is native to the Blue Ridge and the Appalachian Mountains of Northeastern America. According to diethive.com, this honey has won the honorable “best honey in the world” award not once, but twice. Other than it’s scarcity, what makes it so unique? This light-amber honey will uplift dish with a dash of sourness and pleasant cinnamon aroma. Grace cornbread, chicken, waffles, cheese, and yogurt with sourwood honey’s “mild, sweet taste that’s similar to buttery, slightly-spicy caramel”(diethive.com).

To quote Jessica, “when you taste honey, you get a glimpse of all the places bees have traveled to make the honey. You experience the bees’ journey, but you also realize the role the beekeeper played and every pair of hands that brought the honey to you.” Since each jar of honey is a story, there are countless ones out there in the world. And the best way to study them is to taste the honey for yourself.